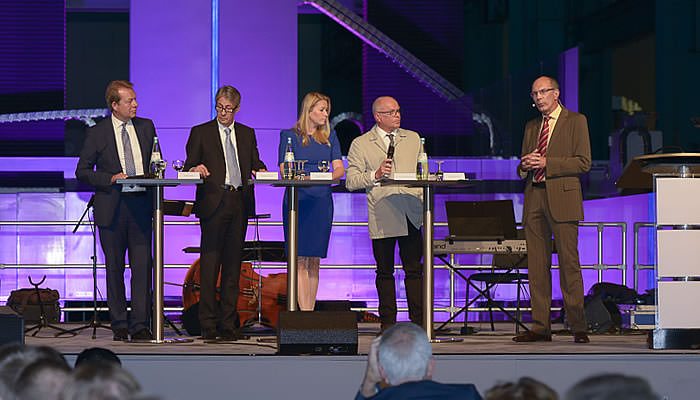 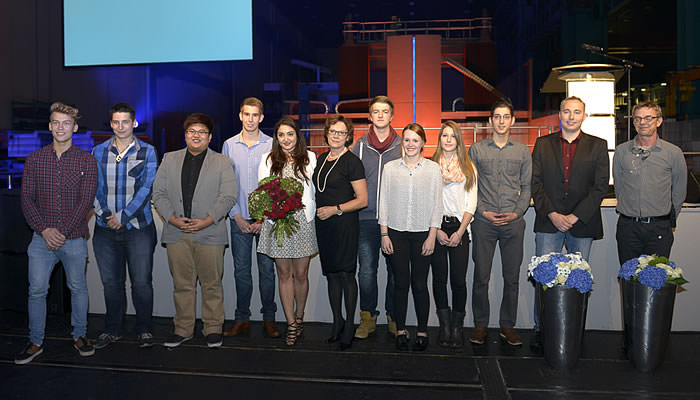 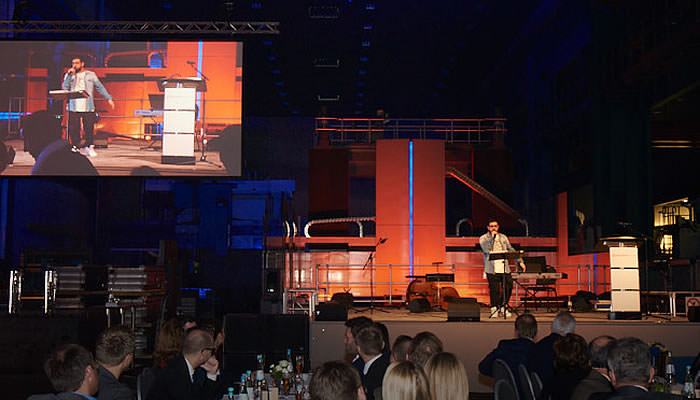 In 1840 Heinrich Adolf Waldrich founded a small smithy in Sieghütte, Siegen. In the course of the years, it became one of the world leaders in the manufacture of heavy-duty machine tools. This year WaldrichSiegen celebrates its 175th anniversary. More than 1,000 guests, business partners, politicians, economists and employees with their families celebrated this milestone in the company's history of success in the extraordinary location of the impressively illuminated Burbach production halls on Saturday, September 19, 2015.

One of the event's highlights was the panel discussion, chaired by business journalist Kay Bandermann: Siegen's mayor Steffen Mues, top candidate of the FDP in Bremen Lencke Steiner, historian Dr. Karl-Peter Ellerbrock and WaldrichSiegen's CEO Christoph Thoma discussed the "generation change and structural transformation in family-owned medium-sized businesses". The impressive, changeful 175 years of WaldrichSiegen history as well as visions of its future were the focus of the entertaining event program.

The premiere of the film "WaldrichSiegen – heute und morgen", an in-house production of WaldrichSiegen apprentices, supervised by Marita Thoma and Gökben Beyazgül, was very well received by the audience. The rapper Mohamed El-Chartouni presented the "WaldrichSong", composed for the occasion. A breathtaking fire performance of the "Evil Flames" marked the spectacular ending of the official program, but the celebrations on this memorable day continued well into the evening.