ProfiMill 1 Proves itself in Day-to-Day Production 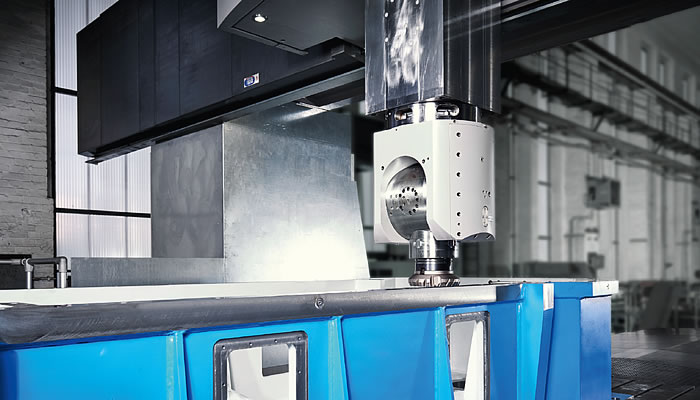 Precise and flexible: the ProfiMill 1 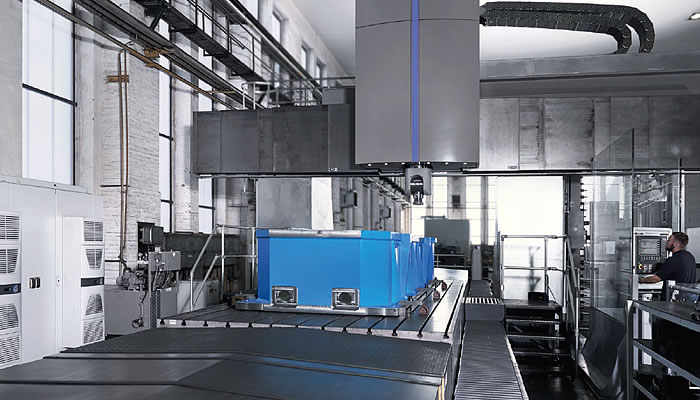 As a result of the continuing steel crisis, even companies in related industries, such as manufacturers of roll machining equipment, are forced to optimize production costs. Maximilian Thoma, President of Maschinenfabrik Herkules Meuselwitz in Germany, a sister company of WaldrichSiegen, achieves this aim with the help of strategic investments: “We have made some carefully planned investments in our machine inventory in the past years in order to be able to manufacture in the most efficient way possible – one of these was a ProfiMill 1 by WaldrichSiegen.”

When the decision fell to order a portal milling machine, efficiency was one important focus – another was the high machining quality, one of the cornerstones for the technological leadership in the market occupied by Herkules Meuselwitz. “It was of major importance to us that the new machine meets the highest standards in terms of precision, that it is low-maintenance and extremely durable. From an economic point-of-view, of course the investment was supposed to have a short amortization time,” says Maximilian Thoma. All these advantages promised to be combined in the ProfiMill 1, the smallest size range of the ProfiMill series by WaldrichSiegen, which rounds off the successful series of portal mills in the area of smaller and medium-sized workpieces.

The ProfiMill 1 for Herkules Meuselwitz was the first machine of this size to leave the production facility of WaldrichSiegen. It has been in production at the German machine tool manufacturer for two years now – with great success. “The ProfiMill 1 has a clearance of 3.5 m between the columns and is used primarily in the machining of machine beds, grinding saddles, and in contract manufacturing. It works to the exact micrometer. At a length of 6 m, we achieve an accuracy of 6 μm,” says Maximilian Thoma.

Even at design stage, a strong focus had been placed on guaranteeing that the Profi- Mill 1 does not just work with absolute precision now, but also after many years. “Other manufacturers’ machines require re-scraping of the guidance rail in the cross rail after a few years. That is not necessary with this ProfiMill. The cross rail can simply be realigned with the help of our supporting bridge,” explains Mechanical Engineering Manager Ralf Tschersche. “At the same time, the cross rail is mechanically compensated – this means that the precision of the ProfiMill is reproducible over the entire service life.”

Since Herkules Meuselwitz decided in favor of a machine with a fixed cross rail, the portal columns were cast from concrete. WaldrichSiegen thus takes advantage of the damping characteristics of concrete, which are twice as high as those of cast iron. The advantage for Herkules Meuselwitz in day-to-day production: excellent damping and the optimized stiffness of the portal, as well as the entire machine.

All other structural components of the machine are made of cast iron. Consistent use of cast iron guarantees stable damping and temperature characteristics of all components. “The ProfiMill 1 is thus extremely thermostable over the entire production day,” says Maximilian Thoma. “In addition, the service life of the tools has proven to be longer compared to other machines. Here, too, we benefit from the good damping characteristics of cast iron and hydrostatics.”

Hydrostatic guideways without any metallic contact in all axes were a deciding factor for the ProfiMill 1 when Herkules Meuselwitz analyzed the sustainability of the investment project. “After careful consideration, we decided to invest in a fully hydrostatic machine. On the one hand, there are the clear advantages in terms of precision and on the other, we save maintenance costs in the long run.”

The broad range of workpieces machined at Herkules Meuselwitz is one of the biggest challenges for the machine inventory. The ProfiMill meets this challenge with a high degree of flexibility. The set-up table is generously dimensioned with a size of 2.5 m × 6 m. This is also important when it comes to contract manufacturing – for example when Herkules Meuselwitz machines the housing of an XXL helicopter test bench gear for its sister company RSGetriebe (see picture).

The machine covers not just different workpiece sizes, but also different machining applications. A universal milling head with high torques and speeds that can be swiveled by 360° and 180° respectively in both directions covers a broad machining range.

After around two years of service in his production facility, Maximilian Thoma draws a positive conclusion: “The investment in the ProfiMill has paid off. With its stability, precision and low downtime, the machine significantly contributes to our goal – an increase of efficiency.”